The Log Book shows Bert was a POW until 3rd of May 1945, following this he took up duties again:- 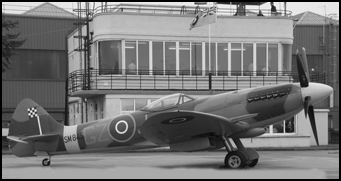 The Log Book showing his first flight after being a POW was on 22nd September 1947 at No. 1 PRFU Moreton In Marsh. (PRFU = Pilots Refresher Flying Unit). Bert's retraining started with Harvard IIb; details of the aircraft flown can be found at the following Appendix 180. One Spitfire XVI was also flown at that time.
On 30th October 1947 Bert was assessed as a fighter pilot and found to be proficient.