Using the forum on www.rafcommands.com further information was obtained regarding the mission flown 04-07-1944 and the Spitfire flown on that day. 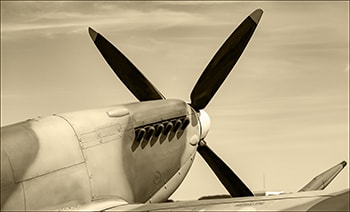 "On 4 July (1944), Sgt Penny was lost in the area of Pholarina in northern Greece, east of Lake Prespansko, when flying as Red 4 to Sgt Oustan, who had to return early because of difficulty with his overload tank. Over the target area, the remaining three aircraft were subjected to small-arms fire, both Flg Off Humphrey's and that of Plt Off Nichols sustaining damage. Penny was heard by Nichols to acknowledge his message that his aircraft (LZ873) [sic], had been hit, but nothing further was seen or heard of him; it was assumed that he too had been hit by ground fire and subsequently crashed. On his return to base, Humphrey was found to have had a remarkable escape. A bullet had passed into his cockpit and gone through the elbow of one of his sleeves, had then struck against the armoured back of the seat, from which it ricocheted to pass through the elbow of the sleeve of his other arm and then out through the other side of the cockpit."" 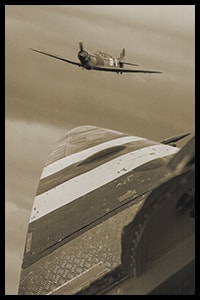